The prototype of a beauty exhibition.

The prototype of a beauty exhibition. 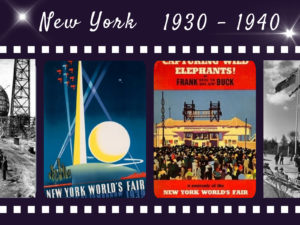 Initially, in the 18th century there was a culture of exhibiting luxury goods and art, such as the Exhibition of Artworks.

Later, at such events, items of industrial production began to appear. But let us recall fairs and village markets. In fact, fairs were sales and were the first exhibitions.

According to a common point of view, for the first time the idea of ​​holding national exhibitions was put forward in 1798 by the Minister of the Interior of France, François de Neufchato, and soon it was realized by the government of the country. So, on September 19, 1798, an exhibition was opened on the Champ de Mars, which lasted five days and at which 119 national industrialists and manufacturers in 58 wooden display cases demonstrated their products.

The following exhibitions of 1801 and 1803 were held in the Louvre, and the exhibition of 1806 was held on the square in front of the House of Disabled Persons. Within 24 days, 1462 entrepreneurs were represented who demonstrated their products. Following the example of France, industrial exhibitions began to be organized and held in other cities and countries of Europe (Munich – 1818, Berlin and Dresden – 1824, St. Petersburg – 1829).

The history of the preparation and appearance of the exhibition dates back to 1863, when, in his decree, Emperor Napoleon III formally called on the nation to hold the next World Exhibition. World exhibitions were usually held under a specific motto that defined the main theme of the exhibition. As a fundamental idea of ​​this exhibition, the idea was proposed that the wealth of nature should serve the general harmony of peoples. It was the second World Exhibition held in Paris, and the seventh in a row in the world. It was represented by 41 countries. The preparation and conduct of the exhibition was widely discussed in the press, including in the United States. So, Mark Twain in his novel “Simpletons Abroad or the Way of the New Pilgrims” (1869) wrote:

“Everyone went to Europe – I also went to Europe. Everyone went to the famous Paris exhibition – I also went to the famous Paris exhibition. In those days, shipping lines exported about five thousand Americans a week from various ports in the United States. If this month I had a chance to meet a dozen acquaintances who had not gone to Europe the other day, then I did not have clear memories of this. ”

And after 67 years, the famous New York World’s Fair will open in New York, which will last from April 30, 1930 to October 27, 1940, almost 18 months. Which essentially marked the exit from the Great Depression of the 30s of the last century.

Historical fact: Before the arrival of the Europeans, the Indians from the Matinecoc tribe lived in the park. Subsequently, the colonists grew spinach in this place and harvested seafood. In 1898, with the formation of “large” New York, a railroad was built in the area. This led to the rapid development of the territory.

In The Great Gatsby, Fitzgerald wrote about the area.

“Almost halfway between West Egg and New York, the highway runs up to the railway and runs a quarter mile with it, as if it wants to go around the gloomy wasteland. This is the real Valley of Slag – a ghostly cornfield, on which slag rises like wheat, is piled up with hills, hills, spreads over in fancy gardens; before you appear slag houses, chimneys, smoke rising to the sky, and finally, if you look very intensely, you can see slag-gray men who seem to blur in a dusty fog. ”

After 24 years, the next World Exhibition in 1964 is held at this place.

Today, many international exhibitions are held on different continents, including Beauty Industry.

We will talk about this in the next article.

Briefly about the exhibition Cosmoprof Bologna.